Air-conditioning has been around for longer than you might think. As far back as the second century, people were looking for ways to stay cool in moving air. However, it was not until 1902 that the first commercial air-conditioning system was installed. The first car model to be fitted with air-conditioning was a Packard, an American company that offered it as an upgrade option in 1939. Nowadays, of course, nearly all cars are fitted with it as standard. However, this does not mean that it was last as long as the car will unless you have it serviced. What benefits can you expect following a car air-conditioning service?

After a time, any car air-conditioning system will not work as well as it did. This is not a problem with the design of such systems but often comes as a result of all the miles you drive in a car. Simply put, the seals and joints in any car air-conditioning system bend and flex as you corner, accelerate and brake. They come under even more pressure when you drive up and down kerbs or run over potholes. These bumps and shakes weaken the system. When you have a full service carried out, however, the seals can be tightened so the whole system works more efficiently once more. Therefore, you will stay cooler when you turn it on.

You probably already know that your fuel consumption will go up when you turn your car's air-conditioning on. What you may not realise, however, is that the less efficient your air-conditioning is, the more this level of consumption will rise. In other words, when your system is not serviced for years on end, it will require more and more energy from your car's engine to operate. So, if you want to drive with greater fuel efficiency, then always have your system checked out by a professional.

Bring the Pressure Back

When an air-conditioning system is serviced in a car, it won't just be checked for leaks and faulty seals. You should find that lost gas is replaced which will bring the system back to its original pressurisation level. This re-gassing or re-pressurising of the system will soon be noticeable because you will find that the system can lower the temperature inside your car much more rapidly than it did before.

Microbes build up in some car air-conditioning ducts. If you notice that you get a sore throat after spending time behind the wheel, then this might be the cause. A service will prevent such bacteria from accumulating, thereby allowing all of the car's inhabitants the chance to enjoy a healthier environment.

For more information, contact a car air-conditioning service in your area. 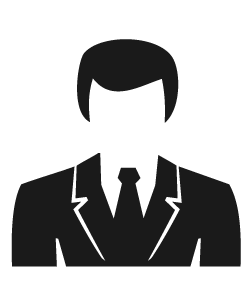 Hello! My name is Richard and this is my new blog. I used to hate servicing my car. I would avoid doing it if possible. The idea of getting my hands dirty and covered in oil. However, all of this changed when I made friends with the local mechanic when I was drinking in the pub. He invited me to hang out with him at his auto repair shop and he explained how to make servicing your car fun. Since then, I have been taking a big interest in maintaining my car. I hope you find this blog useful and entertaining.

4 Benefits Of Getting Rego Inspections In Australia
13 July 2022

The registration of your vehicle is a legal requir …

What Does Bumping Mean When It Comes to Panel Beating?
3 May 2022

In the blink of an eye, you can be involved in a c …

Mechanics are a critical aspect of the automotive …

What Is Causing Your Car to Overheat?
10 December 2021

You may feel your temperature rising if you are st …